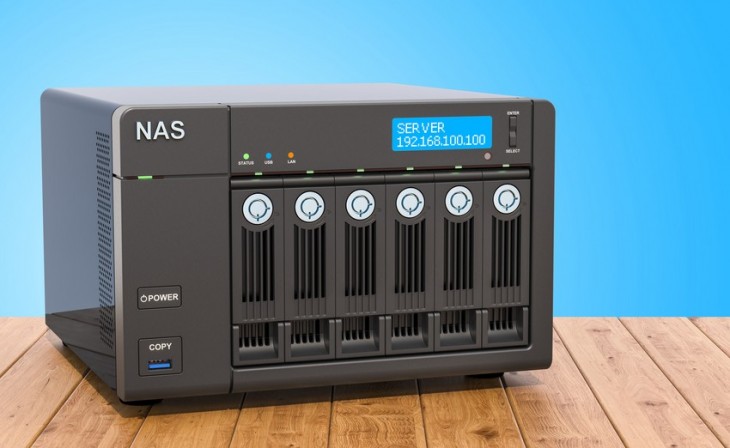 These are the most common uses of a NAS for home

What is a NAS and what is it used for

In case you don't know, NAS stands for Network Attached Storage. In this case, we find a storage technology dedicated to sharing files and folders on the local network. For this we will use a computer or server that will usually work through a TCP / IP network, in addition, to achieve this objective it does so using an operating system optimized to work with the SMB / CIFS, NFS, FTP / FTPES protocols. and even SFTP. In that regard, an operating system that we could use to mount a NAS server at home would be TrueNAS CORE, formerly known as FreeNAS.

This operating system, as we just mentioned, makes it ready to run all day. As for its hardware, on the one hand, we would have a motherboard with its CPU and RAM. On the other hand, we would have a series of limited bays where we could insert the hard drives. In no case should we confuse them with an external hard drive that is simply a storage unit. A home NAS works more like a computer connected to our home network in which several users could access it at the same time to share files, make backup copies, and many other additional functionalities.

When choosing a NAS for home, apart from the typical functions of sharing files and folders on the local network and the Internet, you have to be clear about the number of users or devices to which we want to connect our NAS. In this regard, the greater the number of users, it will require superior hardware.

What can we do with a NAS for home

The functions that we can perform with a NAS for home depend on three factors: the operating system you are using, the programs or applications that we have installed, and the capacity of your hardware.

As for the main functions for which we could use a NAS for home would be the following:

We have already seen the large number of functions that a NAS for the home can offer us, depending on the hardware and installed applications, you can have a huge amount of really interesting functionalities. Finally, you may be interested in buying one and this is the hardware that NAS should have.

This threat attacks any home device connected to the Internet