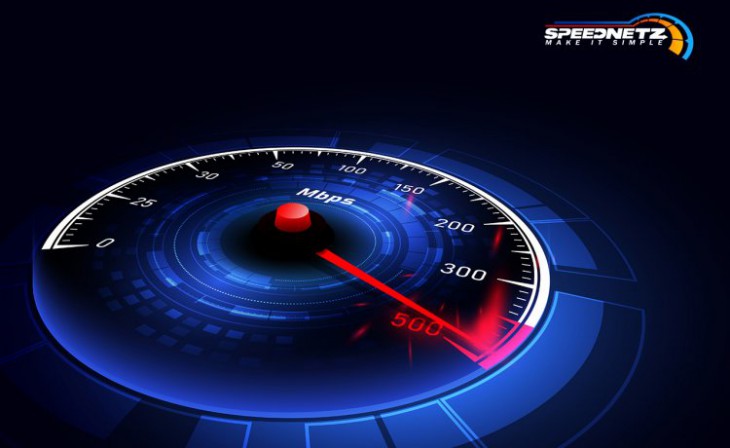 One of the most important things you need today is fast internet. Consequentially, buyers tend to go for Internet rates with bandwidths of 50 Mbit/s. Unfortunately, soon after they find out that the actual Internet connection speed is most of the times much slower than the provider specified. But now, with a SpeedNetz speed test, every user can effortlessly check their Internet connection speed.

This is how the internet speed test works

The internet speed test can be done with just a click from the computer whose Internet connection speed you wish to test. Before clicking on "Start speed test" you just have to put in the specified speed (16, 50 or 100 Mbit/s) which you can find in your DSL contract and you’re ready to go.

These are the values which are checked during your DSL speed test:

The Internet connection speed can be influenced by various elements. The negative impact can be brought upon by having different apps like e-mail or security programs (firewall, anti-virus program) running while executing the test.

The bad thing about a WIFI connection through WLAN, next to the performance of the device you’re using, is that the walls that are between the computer and WLAN router cause loss of speed. This is something you should consider when installing WLAN at home.

And lastly, even the time frame at which you test your Internet connection speed makes a difference. If you try carrying out the test in the evening, it is most likely that you won’t like the measurement results. That it is because most of the people go online during the evening which causes a heavy network load. So, the best thing to do is to carry out the test at different times during the day which will then result in having the most representative result possible.

What is Speed test