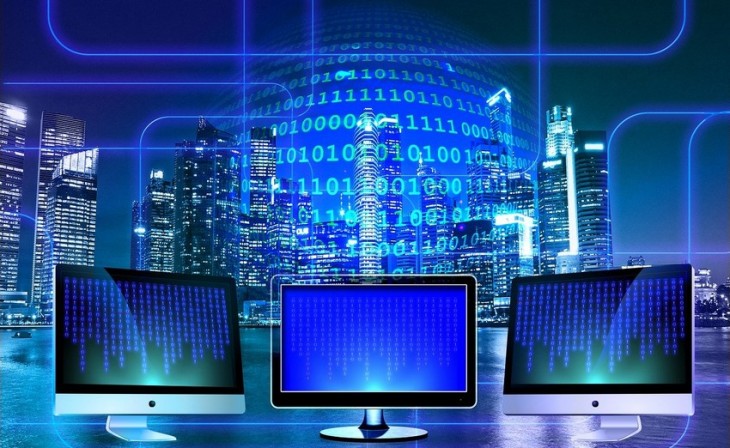 Why do you need a good connection for online games

When we surf the net, when uploading or downloading a file from the cloud, or simply sending an email, we are going to need Internet access. Depending on the activity that we are going to carry out, we will need more or less speed. This happens for example when playing online, which is not the same as simply sending a message on WhatsApp.

Therefore, in order to use an online game, we will need a stable connection and good speed. But beyond having more or less Mbps of upload or download, the truth is that there is a very important factor that is not always taken into account: latency.

It will be essential that the connection is adequate, that the ping is as low as possible so that there are no problems in a game with other users and, of course, that we have enough speed to be able to load the games, install updates, etc. However, once again it must be mentioned that all this will depend on the type of game and the circumstances.

If we focus on the minimum speed to be able to play a game on the Internet, sometimes 1-3 Mbps may be more than enough. On the other hand, on other occasions we will need a lot more, even exceeding 25 Mbps so that it can work correctly.

Logically, that speed that we mention is as long as there are no other devices that are consuming the Internet. In other words, let's say we have an ADSL rate of 20 Mbps. We are going to play a game that only requires 8 or 10, so that would be enough. But if at the same time we are using a computer to watch YouTube videos in high resolution or downloading from the cloud, then we would not have that necessary bandwidth available.

If we talk about specific cases, we can mention Stadia, Google's gaming platform. In order to use video games with an acceptable resolution of 1920 × 1080, the company recommends that we have at least 25 Mbps. If we wanted to play in 4K, that speed would have to be higher.

Regarding playing with a PS4 or PS5, in general, they recommend having a connection of at least 50 Mbps downstream and 5 Mbps upstream. This does not mean that with lower speeds we cannot play most games, but it does mean that it would be advisable at least to have that figure to avoid problems.

However, even if that is the recommended speed, the truth is that most consoles on the market ask to have at least 3 Mbps download. It is a speed that today practically all connections have and there would be no major problems. Of course, we are talking about something minimal. For many games to work well, we will have to have 10-15 Mbps and even exceeding 25 Mbps, in some cases.

Having a margin of speed is important to play

Whatever the speed we have and what the minimum is to be able to play a game or console, it is important to take into account a margin. This cushion will prevent problems from appearing if we are using other devices connected to the network and we are also downloading files or watching streaming content, something that consumes a lot of bandwidth.

So, what speed do you have to hire to play online? As we have seen, the minimum necessary will vary from 3 Mbps to more than 25 Mbps. It is even advisable to have 50 Mbps on certain occasions. But of course, the normal thing is that we do not use the connection only to play, but that we have more devices and there are other people using the network at the same time.

Therefore, we advise hiring a rate that guarantees it not affecting the performance of the games. For example, if we are going to play YouTube videos in the highest quality, use the cloud with another computer and at the same time play a game that requires at least 10-15 Mbps, it would be advisable to have a connection of at least 100 Mbps to guarantee that there are no problems.

What Causes Internet Problems When Gambling

There are different reasons why we can have problems when playing online in case we make intensive use of the connection. Some programs, services, or devices can consume more than the account and affect our console or any game on the PC that needs Internet.

Something that consumes a lot is the use of a television playing streaming videos. For example, if we are watching Netflix or YouTube and we also do it at a maximum resolution. This is going to consume a lot of bandwidth and may affect network gaming.

But also other uses such as uploading or downloading files from the cloud, having several devices connected to the network at the same time, and making general use, such as browsing, could also consume bandwidth and limit functions.

Latency, as important as speed when playing

We have focused on the minimum and recommended speed to play online, but there is another very important element: ping or latency. It is measured in ms (milliseconds) and it is the time it takes for one connection to communicate with another. For example, in the case of games, it is the time that passes from when we move something on our device when playing, such as giving a pass with the ball in a soccer game until that movement appears on the screen of another player who is in the game.

If the ping is very high, it becomes difficult to play and we could even have difficulties accessing certain games. In this case, the lower the latency, the better to avoid problems.

Some games ask for a maximum latency of 100-150 as requirements. These are high figures since it is advisable that it be considerably less than that amount. Everything will depend, once again, on the type of video game we are using and its characteristics.

As a general rule, a connection that is more than 50-60 ms starts to be problematic to play online. Up to that figure, on paper, we shouldn't have any difficulties. If we can make it smaller, much better. Lower than 20 is considered to be optimal in most cases.

In short, we can say that both speed and latency are two very important points to be able to play online without problems. In the first case, the idea is to have at least 10-15 Mbps bandwidth available. If it is higher than 25 Mbps, much better. Even from 50 Mbps is what some consoles recommend in certain cases. Regarding the latency or ping, it is important that it is less than 50-60 and, if possible, 20 ms to achieve something optimal.

Why is the WiFi slow on my mobile but it works fine on my PC?